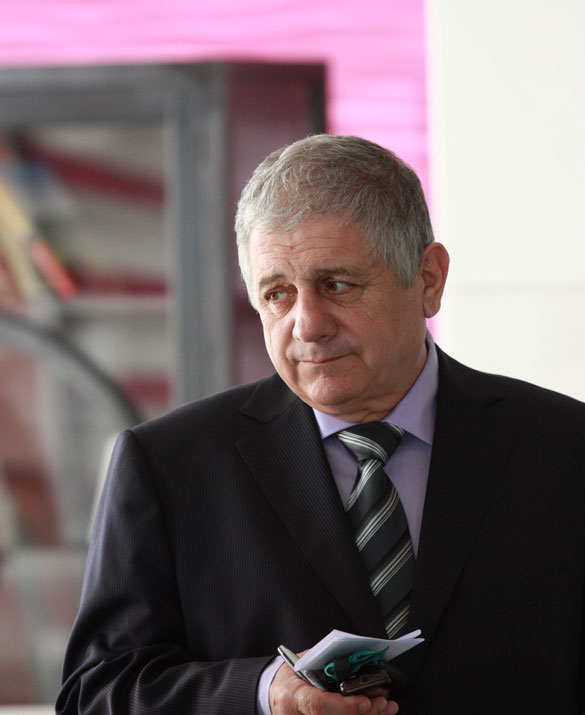 Grupo Peñarroya is the fruit of the efforts made by Cristóbal Peñarroya, the founder of the company, who discovered his entrepreneurial spirit at an early age, starting out with the foundation of a construction company.

He constructed his first building in 1964 in Los Boliches (Fuengirola), establishing the company as such in 1966. He followed up on this first success by embarking upon the Faro de Calaburra development in Mijas Costa and several buildings in the neighbourhood in which he grew up, in Malaga, in 1967.

Cristóbal Peñarroya has always been inextricably linked to the company's history and has been the architect of our relationships with local businesses and institutions. His self-discipline has seen the company constantly surpass itself, positioning it amongst the most important local organisations in the sector.

As a family company, we have always handled business in a personal manner, whilst never compromising on our professional approach.

It has always been the main objective of Cristóbal Peñarroya, a steadfast Malagan, to develop the Costa del Sol as a tourist destination, prioritising projects in his homeland despite having had business opportunities abroad.

In this respect, it is worth mention that Cristóbal Peñarroya has a particularly special connection to Holy Week in Malaga, which can be seen in his involvement in confraternities, such as the Confraternity of El Rocio.

His restless nature would see the group’s founder taking an interest in other economic activities, such as the foundation of travel agencies and the 1992 acquisition of the Diario Málaga Costa del Sol newspaper, an icon in the local community at the time.

Today, the group continues to grow thanks to its brave and visionary proposals.